McAlpine boss ‘to leave as soon as takeover finalised’ 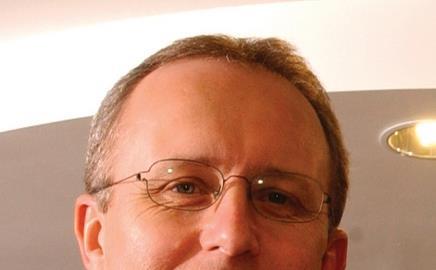 Ian Grice, the chief executive of Alfred McAlpine, will stand down immediately if Carillion’s £600m takeover goes through, it is understood.

The deal, which would create the UK’s second largest contracting business, looks set to be confirmed within a month. The breakthrough came when McAlpine agreed to a preliminary 585p-a-share approach last week and said it would open its books for due diligence.

Many commentators expected that Grice, 54, an engineer who has spent his career in the industry, would remain. But a senior source at McAlpine said: “Ian will go. He won’t stay on to help for any transition period.”

The source insisted that McAlpine was in no hurry to agree a deal, and may pull out if the terms were not to its liking.

He said Carillion had to agree to “key conditions” if a revised offer was to be recommended to shareholders. He declined to say what those might be, but commented: “If you ask anyone in this business which company is better at construction you’ll get a straight answer, and it sure won’t be Carillion. We’re not sweating here. If there is an offer and it meets our conditions then fine. But nothing is decided yet.”

City sources said the deal had substantial support and was unlikely to be derailed.

If there is an offer and it meets our conditions, fine. But nothing is decided

It looks likely that the bulk of the expected job losses will be in McAlpine’s headquarters. One source said: “The only overlap is in head office.”

Joe Brent, an analyst at Citigroup, said at a conservative estimate there would be £15m of synergies. He said: “Carillion will want to bolt on McAlpine’s infrastructure, construction and facilities management businesses to its own businesses.”

McAlpine confirmed the sale of its PFI division to Infrastructure Investments for £52.2m. It is also selling its slate business.

A McAlpine spokesperson said: “This sort of speculation is premature. No formal offer for the business has yet been tabled, let alone detailed discussions on individual roles. Due diligence only commenced this week.”

As the heat on Grice intensified this week it emerged that John McDonough, the chief executive of Carillion, was in the Middle East on company business.

For more analysis on the takeover go to www.building.co.uk