Sir Robert McAlpine has been appointed main contractor on a £73m job to upgrade mental health services in the north of England.

McAlpine has already started work on the construction of a new mental health and learning disability centre at Northgate Hospital in Morpeth. 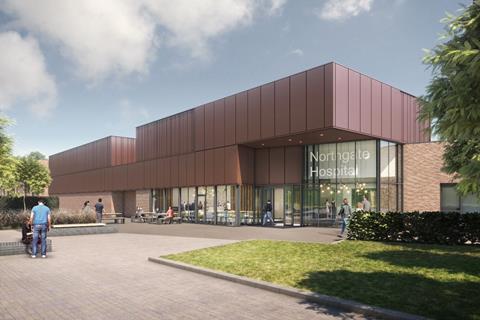 A rejig of the Ferndene unit at Prudhoe, a mental health and learning disability centre for children and young people, is also already underway and will see the conversion of two wards to medium secure standards.

Once these two projects are completed, which is due by the end of next year, an extension and remodelling to a facility for adult mental health patients at St Nicholas Hospital’s Bamburgh unit in Gosforth for will get started.

McAlpine was appointed as the Trust’s construction partner in May 2017 to support its ongoing modernisation programme for their estate, which consist of 60 sites.

A McAlpine spokesperson said the project, which was procured through the Pagabo framework, is the most significant the firm has undertaken for the programme.

BGP, Cad 21 and Medical Architecture are on the design team for the project.

Turner and Townsend is also understood to be advising the trust on the project.