McAslan says g’day to Sydney with only foreign office

Architect opens Australia studio as base for more work in region 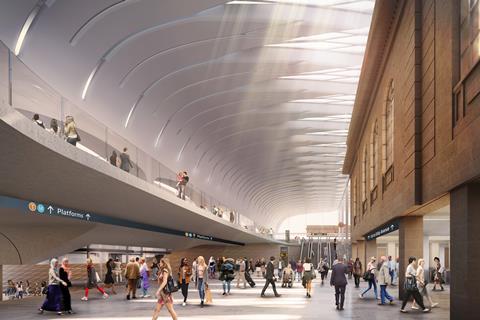 The metro concourse at Central Station in Sydney, under proposals by John McAslan & Partners, Woods Bagot and Laing O’Rourke

John McAslan & Partners has opened a studio in Sydney as part of plans to expand its operations in Australia in tandem with its role on the regeneration of the city’s historic Central Station.

It is the architect’s only office outside the UK after its Doha project office closed earlier this year after four years.

The practice, which led on the transformation of London’s King’s Cross Station, is part of a multidisciplinary design team for the AU$955 (£533m) Central Station job, working alongside Woods Bagot and Laing O’Rourke.

Practice executive chairman John McAslan said upgrading the 112-year-old station would deliver a step change for Australia’s most populous city and serve as the backbone for its new metro.

“The new studio in Sydney is an exciting development for the practice in a dynamic world city,” he said.

JMP’s other offices are in London and Edinburgh.

Earlier this month, Make revealed that it had moved offices in Sydney to cope with a growing workload in Australia which last year increased by over a quarter.