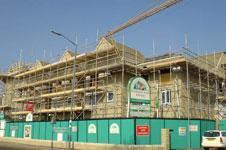 Retirement housebuilder McCarthy & Stone is poised to take a key step towards ensuring its survival this week, Building can reveal.

The company is planning to strike a similar debt-for-equity swap to the one Crest Nicholson reached with its lenders last week.

According to sources close to the situation, it is close to ensuring an agreement on its estimated £800m debt-pile that would stop holders trading the debt.

The so-called “lock-up deal” is needed before the formal court process can begin. It is expected to be agreed this week after talks between the company and its estimated 60 lenders.

The source said: “Talks have gone well and there is good support for this process. People have started feeling a lot happier about things over the last few days.”

Crest’s lenders agreed to write off £630m of debt in exchange for 90% of the housebuilder.