McCarthy & Stone to step up discounts and incentives 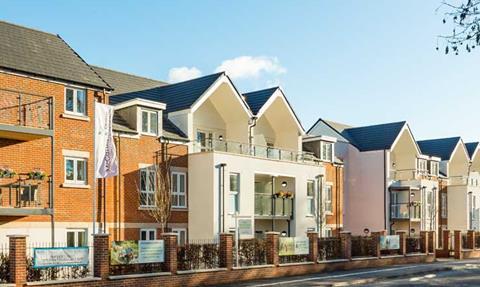 Retirement home builder McCarthy & Stone expects to ramp up its use of discounts and part-exchange deals in the coming months as potential buyers face problems selling their own properties.

The Bournemouth-based group said the use of discounts and incentives, particularly part-exchange, was expected to continue into the second half of its financial year “to counteract more challenging secondary market conditions”.

What it called “continuing political and economic uncertainty” and “persistently low levels of national housing transactions and a declining consumer confidence” were still hitting transaction levels.

But chief executive John Tonkiss said that in the medium term the structural imbalance between supply and demand within the housing market would aid its prospects.

He added: “This imbalance is particularly acute in the market for retirement housing where the demand is estimated at 30,000 retirement units per annum against a supply of just 6,000 units across all tenures.”

Tonkiss was speaking as McCarthy & Stone reported first-half turnover of £281m, up 17%.

Pre-tax profit for the six months to the end of February dipped by 66% to £3.5m after being hit by £14m of exceptional costs – including redundancy payouts and adviser fees – relating to the group’s ongoing corporate strategy rejig, announced last September.