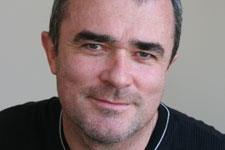 Steve McGuckin has been promoted to managing director of Turner & Townsend UK, replacing Bill Woolgar, who will retire on 6 April

McGuckin will retain his role as the consultant’s main contact on the Shard at London Bridge, which he has held since joining T&T as managing director of UK programme and project management in February 2009.

McGuckin is a former director at Land Securities; his departure from there followed the developer’s decision to put its 10,000-home Ebbsfleet Valley regeneration project on hold.

McGuckin said: “I am very excited to have a broader opportunity with T&T and to help boost its UK presence.”

T&T has begun to inform staff and clients of the appointment.