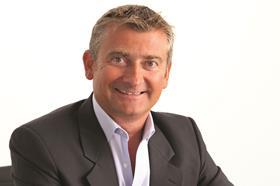 McLaren construction has restructured its London business with two new bosses replacing London managing director Graham Sturge who is taking time out from the firm for personal reasons.

The contractor’s London regional business will now be run by Steve Hart, as regional managing director and David Miller, as regional director.

He added: “McLaren Construction has always prided itself on its ability to embrace change and providing forward thinking solutions and support for our valued customers.

Kevin Taylor, chair of McLaren (pictured), said the firm’s status as a privately owned business allowed it to “implement new initiatives promptly” to “accommodate the ever changing needs of our customers and economic market place”.

In April this year McLaren reported a near doubling of its pre-tax profit after it sold its property business.