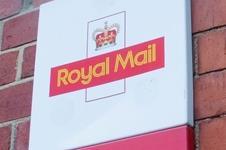 Contractor to start work on £1.5m refurbishment of a sorting office in Cheshire later this month

The contractor will start work later this month on a £1.5m refurbishment of a letter sorting office in Warrington, Cheshire.

It will be worth £40m-50m a year plus the option of a two-year extension.

McLaren chairman Kevin Taylor said: “This framework will provide a steady stream of work for us over the next four years at least and is indicative of our strategy of targeting new areas as the construction market continues to evolve.”

McLaren was confirmed in September as one of seven contractors to win a place on the four-year framework which covers new build and refurbishment work on mail centres, delivery offices, regional distribution centres, workshops and depots.

The six other contractors on the framework are John Sisk & Son, Longcross Construction, Mace, Miller, Volker Fitzpatrick and Wates.

Latest figures posted at Companies House show McLaren made an operating profit of £15.5m on the back of £130m turnover for the year to July 2008.

Turnover this year is expected to hit £160m.

Work on the Warrington sorting office Work is due for completion next spring.