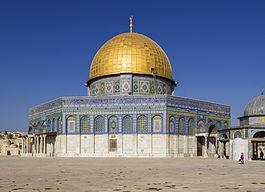 Around one hundred workers have been made redundant at stricken Northern Irish contractor and fit-out specialist Mivan, the firm’s administrator has said.

Administrators Deloitte said today that, following an assessment of the business and a number of contracts cancelled by customers, 98 redundancies have been made at the firm, more than a third of the total workforce.

Mivan, which is based in County Antrim and employs 289 workers, specialises in high-end fit outs and overseas contracting, but was hit by unsuccessful forays into overseas property development in recent years, prompting a restructure.

Deloitte said the remaining employees will stay in post while it explores a potential sale of the business.

Peter Allen of Deloitte, said: “While we hope to achieve a potential sale of the business, we are reviewing trading on a daily basis and this includes the employment situation.

“Where customers can no longer continue with contracts, the jobs associated with these contracts have, unfortunately, been lost. We would like to thank the Company’s employees for their support and professionalism during this time.”

Previous Mivan contracts include re-roofing the historic Dome of the Rock mosque in Jerusalem (pictured) and outfitting the interior of the Scottish parliament in Holyrood.

The company has also twice refurbished the luxury ocean liner the QE2 and outfitted the interiors of two Disney cruise liners.

Mivan was the largest general contractor on Euro Disney in Paris and undertook theme park development for Universal Studios in Orlando, Florida.

The company was founded in 1975 by the current chief executive Ivan McCabrey, while he was still an engineering student at Queen’s University, Belfast.