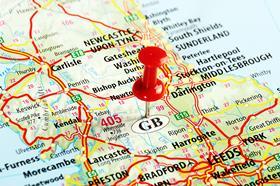 Outside of London and the South-east the UK will see some growth in tender price inflation for 2016, albeit from a lower cost base, Building’s survey of cost consultants has suggested.

However, it will be patchy, with most of those surveyed picking George Osborne’s northern powerhouse driver – the North-west – as the main hot spot. This region has a “significant project pipeline” coming through, Gardiner & Theobald partnerGavin Murgatroyd said, but added that in general the North is “still struggling as it’s pretty reliant on public sector investment”. Aecom is expecting tender price inflation of 4.5% in the North-west while Gleeds is predicting 5% in the region for 2016. Yet, Gleeds’ director of research and development, Sarah Davidson sounded a note of caution as a lot of the pipeline is still at the “pre-contract stage”.

Outside of the north Pick Everard managing partner Duncan Green said the firm is “excited about the Midlands getting some traction”. Another hot spot is Cambridge according to both Turner & Townsend managing director for cost management Paul Connolly and Davidson.

Meanwhile there is a mixed view on Scotland from consultants and “outside of Cardiff, Wales is pretty dependent on public sector and low-level tourism in terms of infrastructure spend,” Murgatroyd said.