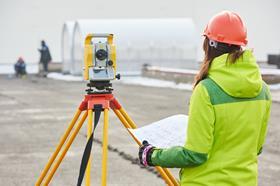 The pay disparity between men and women has increased at some of the country’s biggest consultants, new data has revealed.

Rider Levett Bucknall, Faithful + Gould and Arup, who are among the first firms to report for a second time, have all seen the difference in the median hourly wage of men and women increase over the past 12 months.

But the UK’s biggest architect Foster + Partners has bucked the early trend, seeing its median pay gap decrease from 10.5% to 9.8%.

The proportion of women in the practice’s top paid quartile remained steady, with women making up 20% of its best paid staff. This is exactly in line with results reported last year.

The practice said: “The main reason for the gap remains with us having more men, with longer service, in senior higher-paid roles within the practice.”

The proportion of women in the practice’s lowest paid quartile shrunk from 44% to 41%.

But other firms have been reporting a different story with RLB seeing its median gender pay gap increase from 32.7% to 36.2%. The proportion of women in the highest paid quartile also fell from 11.8% to 9.9%.

Global board director Ann Bentley said: “Since our first gender pay gap report our proportion of female staff has remained static at 27% – compared to an industry average of 12%.

“Deeper analysis shows that 46% of our lower quartile roles and 11% of our most senior roles are now carried out by women.”

At SNC-Lavalin-owned Faithful + Gould, the median difference grew from 25% to 27%, with the portion of women in the highest paid quartile decreasing from 11% to 10%.

But another consultant in the SNC-Lavalin stable posted unchanged figures, with Atkins reporting a median hourly wage difference of 20% – the same as the data published last year.

In its gender pay gap report SNC-Lavalin said: “Like most companies in the engineering and construction sector, our gender pay gap is largely a reflection of the disproportionate ratio of men to women in our business, particularly within our senior population.

“Just under three quarters of our combined UK workforce is male and in senior positions, men outnumber women by more than four to one.”

While Arup’s median wage difference also marginally grew, increasing from 16.7% to 16.9%, the proportion of women among the top paid staff at the company also increased from 22.4% to 23.5%.

Arup’s chair Dervilla Mitchell said: “The representation of women has increased over the last year from 33% to 35%, predominantly at lower grades. The proportion of women in leadership grades has also increased, but at a slower rate.”

Earlier this week, Building reported that the gender pay grew at the first major contractors to report their latest figures.

Under government rules, if an employer is listed has having 250 or more employees on 31 March, then they must publish a gender pay report by 30 March of the following year.