Developer Moda has won planning approval for the last phase of 139 apartments in a 500-home build-to-rent development in Edinburgh.

The scheme, at the Springside development of purpose-built rental homes on the former Scottish & Newcastle brewery site in Fountainbridge, will rise to six storeys and include a lounge and co-working space. The site was purchased from Grosvenor in March 2017.

Moda, which is part of Paul Caddick’s Caddick Group, which also includes Caddick Construction, said it will begin building work at the start of next year. Moda’s partner on the deal is Apache Capital.

Architect on the scheme is CDA Group. 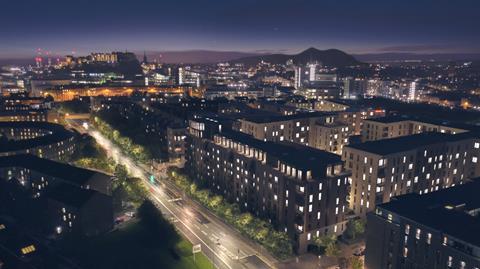 How the scheme will look