More than 150,000 jobs to be created over the next five years, says CITB

Spurt in jobs forecast to come despite Brexit uncertainties 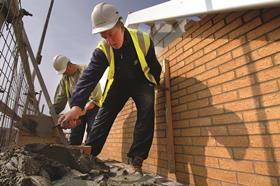 More than 150,000 construction jobs are set to be created over the next five years, despite uncertainty caused by Brexit and last month’s Carillion’s collapse.

A Construction Skills Network (CSN) report from the Construction Industry Training Board (CITB) says 15,350 carpenters and 9,350 labourers will be needed as housebuilding ramps up.

But the strongest job growth is predicted to be in professional and managerial roles, which will grow by 7.8% and 5.6% over the next five years.

Infrastructure appeared to be the strongest performing sector with annual growth of 3.1%. Housing output, both public and private, was also expected to expand, by 2.8% and 2.2%, respectively.

But the commercial sector was not predicted to grow at all over the next five years.

Wales continued to perform best in the UK, with output growth estimated at 4.6% per year, with the forecast growth attributed to major infrastructure projects including Wylfa nuclear power stations and a series of major road improvements.

Annual growth in Northern Ireland is down from last year’s 1.6% forecast to 0.5%, largely due to a weakening commercial sector, while Scotland was forecast to remain largely static at 0.1%..

In England, the North West and South West led the growth rankings, both with 2% growth anticipated. The West Midlands was also expected to perform well with an overall average output of 1.8% over the five years.

Growth across the rest of England was predicted to range from 1.5% in Greater London to -0.8% in the North East.

CSN figures showed employment was forecast to grow for the fourth consecutive year at 0.5% a year on average to 2022. This would take employment in the industry to 2.77 million people in 2022, just 3% below the 2008 peak.

CITB policy director Steve Radley said: “Though growth is slightly down on 2017, it’s looking more balanced with housing and infrastructure both expanding significantly. By 2022, employment will be in touching distance of the heady 2008 peak so we face a massive recruitment and training challenge, which is likely to get harder after Brexit.”