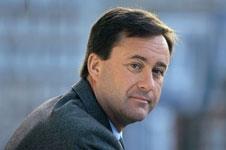 John Morgan, executive chairman of Morgan Sindall, has said clients are giving more work to large contractors amid fears over the financial health of small and medium-sized firms

Speaking after Morgan Sindall announced results for the six months to 30 June 2009, Morgan said the uncertainty also meant performance bonds and guarantees by parent groups were increasingly sought by clients.

He said: “The order books of larger firms are holding up better than others because clients don’t want contractors to go bust.”

Asked whether he was more optimistic about the future than six months ago, Morgan said: “This is a challenging market and will remain so but I am cautiously more optimistic than I was before.”

He said fit-out enquiries had “improved dramatically” and private housing reservations were up 50%.

The company ended the period with cash of £89m, £9m less than 2008, and Morgan said it would be open to acquisitions although it was not currently “in the middle of any deal”.

Meanwhile the order book at its construction division fell from £838m to £696m. Andy Brown, an analyst at Panmure Gordon, said: “The short-term pipeline remains healthy although some uncertainty exists beyond 2011.”