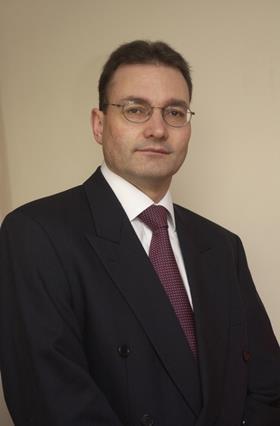 Morgan Sindall chief executive Paul Smith has resigned from his role and has been replaced by John Morgan, the executive chairman of the contractor.

In a statement to the City, Morgan Sindall Group said the move was part of the firm’s ongoing restructure and was aimed at simplifying the Group’s management structure as the firm also announced that its trading this year would be “slightly below previous expectations”.

The firm said executive chairman John Morgan would take over the role of chief executive from Paul Smith (pictured), who had resigned.

John Morgan said: “I am excited by the opportunities for the Group. My focus will be on growing the business and ensuring that exceptional levels of service continue to be delivered to clients across the Group. I would also like to add a personal thanks to Paul, with whom I have enjoyed working over many years.”

The firm also confirmed a number of operational changes, with the business reorganising around a series of regional hubs, in a move the company said would incur a one-off cost of £10m, partially offset by the sale of £7m of medical assets, but that the on-going process would deliver £55m of annualised savings over the three-year period to the end of 2012.

As exclusively revealed by Building last week, the contractor is set to close four regional offices in the south of England, while last month it said it would be closing its office in the North-east. Those office closures followed an earlier announcement that the firm had restructured its regional management team, with Gordon Ray, managing director in the North-east, and Peter Whitmore, managing director in the South-west, leaving the business.

This morning the firm said: “In recent months, Morgan Sindall has been undertaking a review of its operations to improve the efficiency of its businesses to better position the Group for its medium to longer-term growth opportunities.

“The Morgan Sindall construction business is being reorganised to focus delivery through regional hub offices, with a number of smaller regional offices being closed.

“Changes have also been made to improve the operational efficiency of delivering affordable housing. Consistent with these changes, the Group is also simplifying the management structure with John Morgan being appointed chief executive.”

In an interim management statement, also published today, the company also said that it expected underlying trading this year to be “slightly below previous expectations”.

The firm said: “Our underlying trading for the current year is expected to be slightly below the Board’s previous expectations although the Group will benefit from the £7m gain made on the sale of our medical property investments this year.

“This gain will in part offset the £10m restructuring charge that will be incurred this year. Whilst we are cautious over the outlook for the Group in 2013, the medium-term prospects for the Group are improving with our increasing emphasis on regeneration, infrastructure and major long-term frameworks.”

“Economic conditions have remained difficult during the period, and the UK construction market continues to face challenges including further reductions in public spending, deferred investment decisions and high levels of competition.

“In response to market conditions, the Group continues to be highly selective when bidding for new work and we have taken further steps to reorganise and streamline the Group. In particular we have re-organised our network of offices delivering construction and our affordable housing business, to ensure we balance the right level of resources to current workload.”

The firm added: “Since the half year we have experienced further market deterioration, which has impacted the short-term outlook for the Group into 2013. However the Group’s confidence in the medium-term outlook from 2014 onwards has increased through its success in securing a number of longer-term opportunities in growing sectors of the market.

The firm said its construction and infrastructure division “continued to perform in line with our expectations”. “Construction remains an important, albeit challenging, market for the division and has some interesting opportunities in the pipeline,” the firm said.

The firm said its affordable housing business remained “robust”, with the division securing £115m of opportunities in the second half of the year. “As expected, the new-build social housing market has been hit particularly hard this year as funding issues persist, with the number of new projects falling significantly on the previous year despite funding being committed for 2012-15,” the firm said.

“Looking ahead we do expect the pipeline of new-build opportunities to improve despite this short-term slowdown in the market as the committed level of funding is spent. Conditions in open market housing continue to be impacted by mortgage availability albeit house sales volumes and values have been reasonably steady during this year.”

In other board changes announced today …

The company also said The Board Elizabeth Peace, chief executive of the British Property Federation (BPF) since 2002, had been appointed as a non-executive director.

Chairman Adrian Martin said: “After almost ten years as chief executive of Morgan Sindall, Paul Smith has announced his intention to stand down from the Board. We would like to thank Paul for his significant contribution to the Group over this period and wish him well in the future”

“The Board regularly reviews the way in which the Group operates, to reflect changes in our markets so that we can respond rapidly to capture new opportunities. The organisational changes underway give us a simplified operating structure. “

“We are delighted to welcome Liz to the Board. We believe that she will make a significant contribution as an independent non-executive director. Her public sector background with the MOD as well as her extensive knowledge and understanding of the UK property industry through her role at the BPF will bring a valuable new set of skills and experience to Board discussions. I look forward to working with Liz in the coming years.”