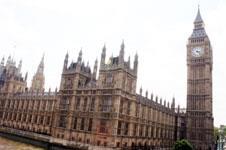 MPs have criticised the Home Office for wasting £29m on a scheme to build an asylum-seeker accommodation centre that was cancelled before it could be built.

More than £6m was paid to consultants for work on the proposed scheme at Bicester in Oxfordshire, which hit long planning delays caused by local opposition and was finally cancelled after a ministerial policy change following a fall in asylum seekers.

Contractor Global Solutions received £7.6m for design work, followed by a termination fee of almost £8m when its £60m contract to build the scheme was cancelled.

The Commons' all-party Public Accounts Committee, reviewing an auditor's report on the scheme, said that the Home Office had shown a “startling absence of common sense” in preparation for the project.

The Home Office had apparently not considered that a proposal to build an asylum centre might provoke local opposition, so failed to take into account the consequent risk of planning delay.

The Home Office still hopes to build some kind of immigration detention centre on the semi-derelict site, but this would require planning approval.