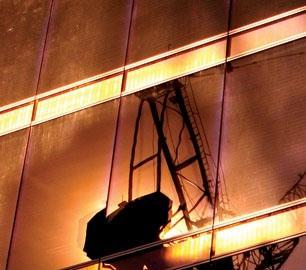 A parliamentary watchdog is calling for the Health and Safety Executive to “urgently” set up a national register of cranes to ensure health and safety standards are met.

The proposal, originally called for as part of Building’s Safer Skyline campaign, was part of a report on the role of the HSE in the workplace, published by the work and pensions select committee this week.

It said: “We are extremely concerned at the number of incidents and fatalities involving tower cranes and other plant on sites, and call on the HSE to urgently bring forward proposals such as a national register of plant, including ownership, age, type and date of last inspection.”

The Safer Skyline campaign followed a spate of tower crane collapses in 2006 and 2007 that left three people dead. It called for a public register of tower crane inspections, an urgent HSE blitz of sites with cranes on them, and more rigorous checks on cranes older than 10 years.

The report also expressed fears that the HSE’s inspectorate was “not adequately resourced” to uphold health and safety standards in the construction industry. The number of full-time construction inspectors in the HSE has dropped to 124, the lowest figure since the division was launched in 2002. Evidence given to the committee by the HSE revealed that just 14 inspectors cover all of London.

The report said: “We are convinced there is a correlation between inspection and safety standards. The recent 28% rise in construction fatalities underlines the need for more resources.”

The HSE carried out 41,496 inspections across its operations in 2006/7. Health and safety activist group the Hazards Campaign said each workplace regulated by the HSE is inspected every 14.5 years on average.

The union Prospect, which represents health and safety inspectors, noted that there were more traffic wardens in London than HSE inspectors in the UK.

Number of fatalities in construction industry:

• The Safer Skyline campaign has been nominated for an industry award by the Periodical Publishers Association.

For more on crane safety click on ‘Campaigns’ at www.building.co.uk