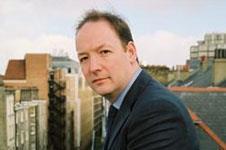 Politicians have reacted angrily to the decision of two housebuilders that received millions of pounds in Kickstart subsidies to pay bonuses to their chief executives.

Clive Betts, a Labour member of the House of Commons’ housing select committee, said: “When firms have been in difficulty and when public money has been used, they ought to be very careful about allocating money this way. They need to think very carefully about how it looks to the public to be handing well paid executives further bonuses.”

Sarah Teather, the Liberal Democrats’ housing spokesperson, echoed his comments, saying: “Organisations in receipt of public money have a duty to use that wisely. It is unthinkable that, in the middle of a housing crisis, huge bonuses should take priority over new homes.”

So far, £508m has been spent on restarting stalled developments under the Kickstart programme. Some of the money will be recouped when the houses are sold, but much of it will be lost.

It is unthinkable that bonuses should take priority over
new homes

Roger Humber, strategic policy adviser to the House Builders Association, speaking in a personal capacity, said: “Although it is on a smaller scale, this is the same principle as bankers getting paid huge bonuses after they’ve been bailed out.”

This year Redfern’s bonus will depend on profit before tax, operating cash flow, build costs, the order book and customer service. Persimmon will revert to a profit target. Both remuneration packages will go before shareholders at the companies’ annual meetings later this month.

Taylor Wimpey was unavailable for comment at the time of going to press.

A Persimmon spokesperson declined to comment on the Kickstart cash but said: "The remuneration committee each year takes into consideration a number of performance measures and metrics when deciding on executive compensation. Targets for 2009 were measured on cash generation and profit."