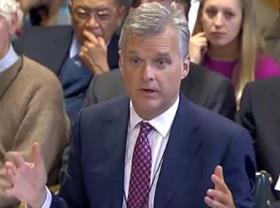 The influential Public Accounts Committee has called for a “fundamental review” of regulator the Office for Rail and Road after slamming Network Rail on overspend and delays during its Control Period 5 development programme.

In a report published this morning, MPs on the committee said the Office for Rail and Road (ORR) “lacks the capability to robustly scrutinise Network Rail’s plans and cost estimates”, and recommended the Department for Transport (DfT) launch a “fundamental review of the regulator’s role and effectiveness in rail infrastructure planning.”

The report said the DfT, Network Rail and the ORR had agreed an “unrealistic” programme of investment for CP5, which contained “too much uncertainty around the costs of large projects” when it was signed off.

The report calls on the DfT and Network Rail to publish “a full account of what has caused the cost increases to date and proposals for controlling future costs”.

A Network Rail spokesperson said: “It is clear that we, as an industry, were overly ambitious about what could be accomplished with the funds and resources available to deliver the high levels of investment which will enable our railway to continue to cater for growing numbers of passengers and support economic growth.

“Network Rail has successfully delivered over 5,000 projects over the past five years, but our understanding of how best to plan and deliver major new electrification schemes was not good enough. We have now made significant changes to the way we plan and deliver our investment programme, which will see schemes progress only once they are sufficiently developed that a reliable cost estimate can be established.

“Sir Peter Hendy’s report on the deliverability of the current investment plan will be published later this month.”

An ORR spokesperson said: “With the changes to Network Rail’s ownership and finances since it became a public sector company, ORR agrees that a review of its own role in major projects is appropriate.

“ORR looks forward to participating in this work to ensure that Network Rail’s extensive rail investment programme is delivered on behalf of taxpayers and users of the network.”

A DfT spokesperson said: “We are proud to have a hugely ambitious investment programme, but agree that lessons should be learned on all sides. We are committed to seeing the £38 billion programme through and delivering the railway passengers deserve.

“That’s why the Secretary of State asked Dame Colette Bowe to look at the lessons learned and make recommendations on what can be done better in future, and why Sir Peter Hendy is developing proposals to get the rail upgrade programme back on track and ensure it is both affordable and deliverable. Both reports will be published later in the autumn. We will respond to the PAC in due course.”