An influential committee of MPs has lambasted the government for “badly missing” its own target on removing dangerous cladding from high-rise housing blocks.

The committee said tens of thousands of residents were still living in fear three years after the Grenfell Tower blaze that took 72 lives and exposed the risk of flammable cladding. 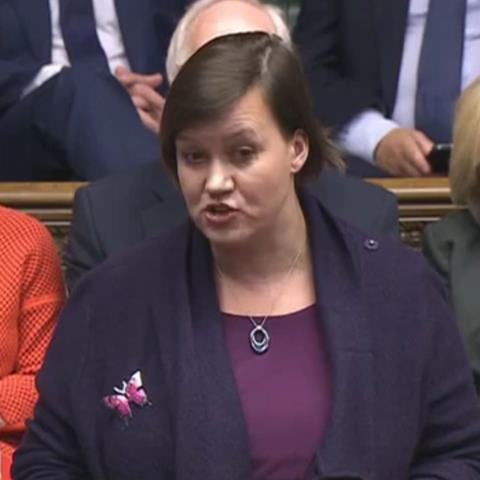 Meg Hillier, chair of the public account committee, said the government needed to end arguments over responsibility for installing dangerous cladding and get the problem sorted.

The committee said in a report published today that it was “unacceptable” that, three years on from the blaze, Grenfell-style ACM cladding remained on around 300 buildings – around two-thirds of the original total found to have used the material.

It called on the government to start “vigorous” enforcement action against block owners where works were not on track to complete by a new end of 2021 deadline and said it needed to publish more information over the timeline of current works.

It also described a £1bn fund to pay to replace flammable non-ACM cladding as “inadequate” and criticised the government for having no idea how many of the UK’s 40,000 care homes were at risk.

Earlier this month, the government rejected calls by MPs on the housing select committee to expand the £1.6bn remediation fund, arguing that building owners were responsible for repairs on their own tower blocks.

But the PAC’s report said this stance ignored the fact that building owners, designers and contractors had worked within a system of regulation devised by the government.

It said: “The Grenfell disaster has exposed serious shortcomings in the construction industry. But while the [Ministry of Housing, Communities and Local Government] is clear that building owners are responsible for the safety of their buildings, it is the department which is responsible for the building regulation system, which it accepts has been ‘not fit for purpose’ for many years.”

Hillier (pictured) said the MHCLG had made “pie-in-the-sky promises” on remediation, adding: “Thousands of people have been condemned to lives of stress and fear in unsaleable homes with life-changing bills: for the works and for the fire-watch that is necessary to allow them to sleep at night until it is done.

“The deadly legacy of a shoddy buildings regulation system has been devastating for the victims and survivors of Grenfell but is leaving a long tail of misery and uncertainty for those whose lives are in limbo.

“The government must step up and show that it will put a stop to the bickering over who is responsible, who’s going to pay for the remediation – and just put this right.”

An MHCLG spokesperson said the department was determined to ensure residents are safe and feel safe in their homes and that the £1.6bn of funding was available to speed up the removal of unsafe cladding.

The spokesperson added that the department was in the midst of bringing in “the biggest improvements to building regulations in almost 40 years” including the setting up of a new regulator.

“We are seeing significant progress – over 70% of buildings with ACM cladding have completed or are in the process of remediation,” the spokesperson said.

“Building owners have a legal responsibility to ensure their buildings are safe and must ensure that any remaining buildings have started remediation works before the end of this year – if we do not see progress we will not hesitate to take further action.”