Nakheel may list stock on Dubai and London markets 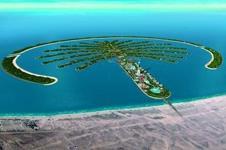 Palm Jumeirah developer may aim to raise up to £10.3bn through dual stock listing

The firm behind one of Dubai's most famous landmarks is considering trying to boost its finances with a dual stock listing in London and Dubai.

State-owned Nakheel, the developer behind the Palm Jumeirah and the 1km high Nakheel tower - the world's tallest building, is contemplating a stock market listing in a bid to raise as much as $15bn (£10.3bn), The Sunday Telegraph has reported.

The newspaper said bankers at JP Morgan had been working on ideas to raise the funds, including a dual-listing for Nakheel on Nasdaq Dubai and in London. But it added that the timing of the move had not yet been decided.

Nakheel has a $3.52bn sukuk (Islamic bond) from two years ago which is due in December. Should the company float, the bond could be converted into shares at any time before it matures.

The newspaper cited unidentified sources close to the situation which said the firm's need for capital had increased as the global financial turmoil spread to Dubai.

Property prices on the Palm Jumeirah have fallen more than 40% since September. Four-bedroom villas on the Palm are now selling for £1.8m.

In 2001, when work started on the Palm, prices for the villas reached £5m, with buyers including David Beckham and racing driver Michael Schumacher.