Network Rail and Kier team get OK for Twickenham housing

A housing scheme being developed by Network Rail and Kier Property in south-west London has been given the green light by Richmond council.

London architect Wimshurst Pelleriti is behind the £10m housing scheme in Twickenham, which is planned for a car park site being used as part of the new £100m Twickenham station development. 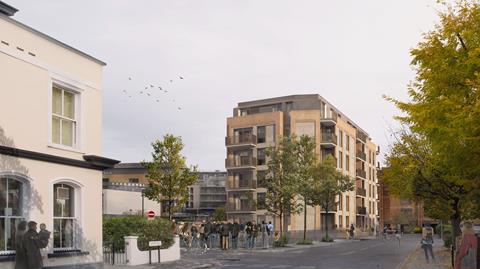 The scheme will run across six storeys

The 46-home scheme for developer Solum, the Network Rail and Kier joint venture, will include 10 affordable homes in a six-storey building which the architect says includes design cues from the adjacent railway architecture and the character of the local conservation area’s Victorian housing.

The brownfield site has been either vacant or used as a car park for since the 1960s.

It lies above a major system of water mains which will have to be diverted before construction of the new building can begin.