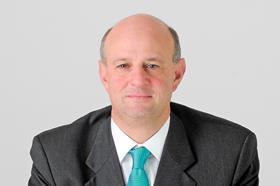 The new boss of the government’s housing quango has said he will bring greater private sector finance expertise to the Homes and Communities Agency as it faces the challenge of boosting housebuilding amid ongoing austerity.

Speaking to Building in the first week since taking on the role of HCA chief executive, Andy Rose (pictured) said his previous public and private sector finance experience would help him to sharpen the HCA’s understanding of how to put in place financing structures with its partners.

He said: “It’s critical that people with private sector skill do go into government and help on the delivery side for important sectors and I can’t think of any more important sector at the moment than housing.

“There are times that the public sector and private sectors don’t have a full understanding of where each other is coming from […]  and what I hope to bring to this role is the ability to work closely with our partners.

“We are all aware of the constrained public sector finances … and  hopefully I can bring knowledge of how the private sector operates and how financing structures can be put together.

Rose has a strong commercial and financial background and over 20 years’ experience in both the public and private sectors, with a particular focus on infrastructure finance.

He was previously chief executive of Infrastructure UK, the body within HM Treasury focused on producing a long-term plan for UK infrastructure.

He said in the coming months he would aim to “keep the momentum going” and would “get out and about” and meet partners.

He previously chief executive of Infrastructure UK, the body within HM Treasury which is focused on producing a long term plan for UK infrastructure, where he was initially responsible for establishing and leading the Infrastructure Finance Unit, created to lend directly to infrastructure projects.

He said in the coming months he would aim to “keep the momentum going” that the HCA has built up and would “get out and about” and meet partners. “I’ve got a lot to learn and the best way to do that is to get out and talk to people,” he said.

“I’ve got a lot to learn and the best way to do that is to get out and talk to people.

“I’ve got a lot of work to get up to speed with the agency and the sector.”