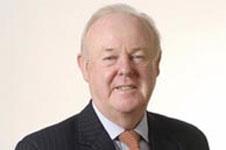 Norman Askew, chair of Taylor Wimpey, has announced he will step down from the board of the housebuilder by the end of 2010.

Askew, who was appointed chair of Taylor Woodrow in July 2003 before its merger with George Wimpey in 2007, said: “We have come through unprecedented market conditions since the merger. It is important that as we enter 2010, we continue to proactively manage our business in what are still uncertain times.

“I have notified the board of my decision to stand down as chair by 31 December 2010 at the latest. This will give plenty of time for a rigorous process to be undertaken for the selection of my successor and it will ensure a smooth transition.”

A company statement added: “The nomination committee has commenced a process to recruit a successor and a further announcement with regard to the appointment of a new chair will be made in due course.”

Elsewhere, the company non-executive independent director David Williams will leave the board in March and Rob Rowley will join in the same capacity.