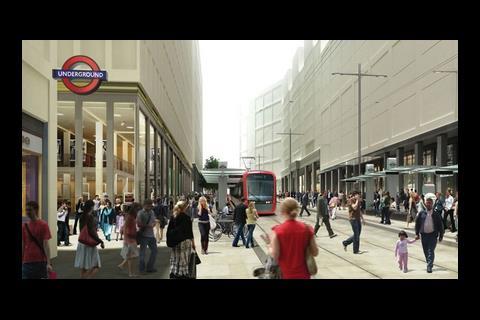 Big chill: Could developments above King's Cross cool trains below it? 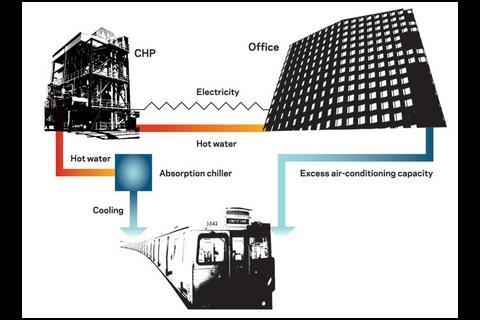 Future passengers on London Underground could find their tube trains being cooled by power recycled from the office developments above them, under ambitious plans being worked up in the capital.

Transport for London (TfL) has been struggling for two years to find ways to reduce the intense heat on the underground, which can reach 37°C in summer.

Now, embryonic plans being developed by the mayor’s agencies could lead to power being generated for redevelopments at King’s Cross, Euston and Waterloo stations.

Allan Jones, chief executive of the London Climate Change Agency, confirmed that work was under way to develop systems above selected tube stations that recycle unwanted heat from the buildings through a chiller in order to power cooling systems.

The systems being investigated by TfL are based on trigeneration (see diagram), which uses excess hot water from combined heat and power plants to power the cooling process.

Jones said: “There are ways you can use [the system] to actually inject cooling into the tube.”

It could also be possible to use excess air-conditioning from large developments.

Air-conditioning systems work more efficiently when on full power, so excess “coolth” could be sent underground.

Boris Johnson, the new London mayor, made a manifesto commitment to “look again” at using air-conditioning on the tube, but has not yet stated if he will continue with the £150m tube-cooling programme currently run by director Kevin Payne.

These latest ideas come in addition to plans unveiled last summer by TfL to generate ice under passenger seats on deep tube trains. The tube is also investing in using cold water from aquifers and underground rivers to cool stations.

A TfL spokesperson said: “London Underground is interested in both trigeneration and excess air-conditioning capacity. We are in very early discussions but are a long way from any firm proposals being made.”