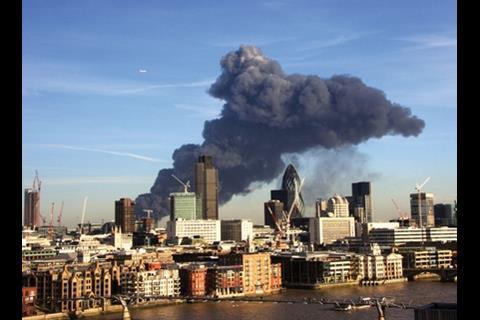 Smoke spreads across London on Monday 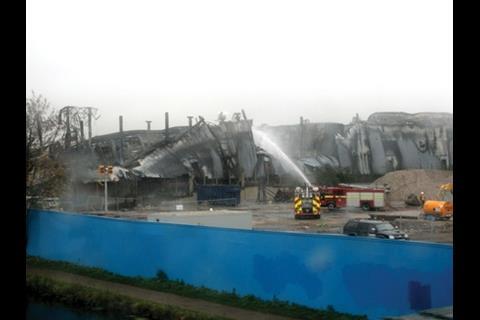 The site on the following day

The Olympic Delivery Authority is analysing demolition procedures on an area of the Olympic park site that was hit by a fire on Monday.

As Building went to press on Wednesday, the ODA said that it expected its investigation to be complete “within days”.

Morrison Construction has confirmed that the fire broke out in an area under its control, in an empty warehouse on the western edge of the park.

It is thought a Morrison subcontractor was working on the project.

An ODA spokesperson said it was carrying out a “thorough investigation” into the incident, which at this stage is thought to be an accident rather than arson.

The spokesperson confirmed that, although it was too early to say whether it would be making any changes to demolition procedures, the investigation was looking at what procedures were followed and the cause of the fire.

It is also examining contamination issues after it emerged that asbestos was found on the site of the fire.

It is understood that the blaze was fuelled by polystyrene panels, and some site sources have suggested that tyres contributed to the cloud of black smoke that spread out across London (pictured).

The London fire brigade said it would continue to investigate the cause of the fire. A Metropolitan Police spokesperson said officers would only carry out investigations if the cause was found to be suspicious.