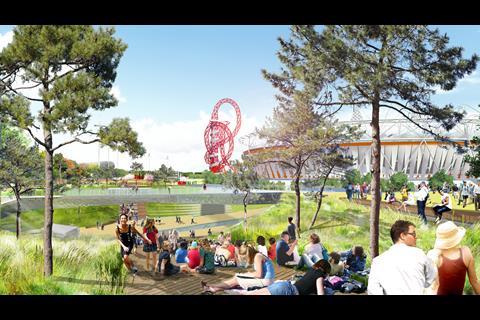 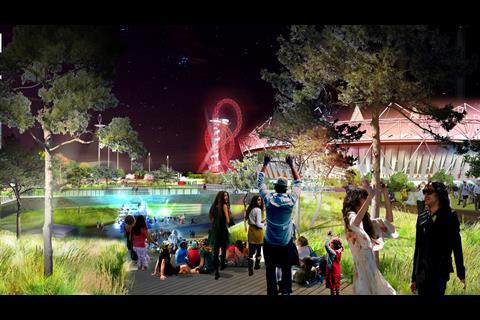 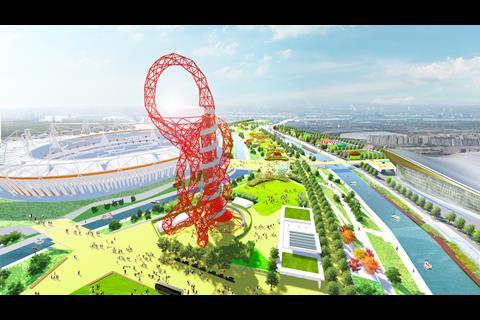 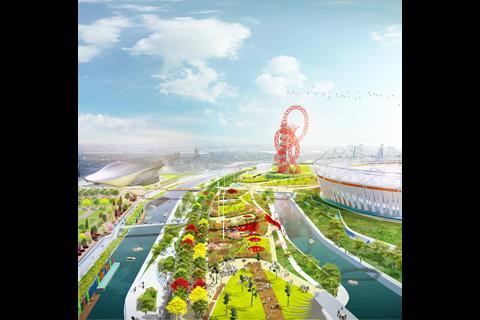 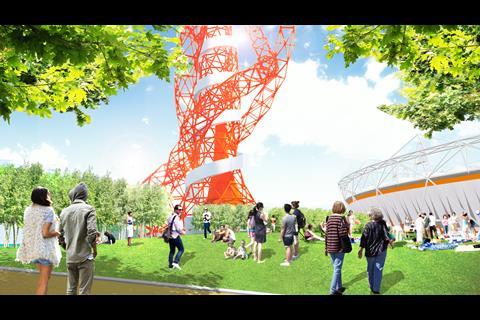 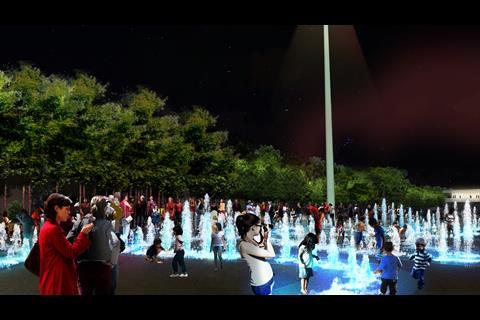 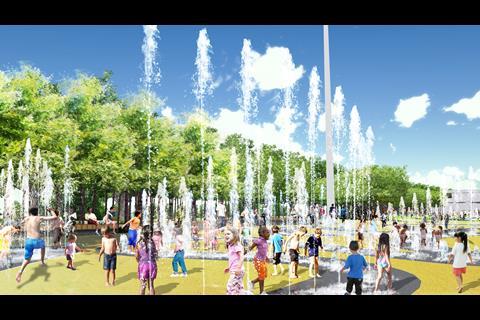 The London Legacy Development Corporation has submitted a planning application for the post-Games redevelopment of a key quarter of the Olympic Park.

The £20m South Park scheme will transform the 12ha area in the southern half of the Queen Elizabeth Olympic Park between the Olympic Stadium, Aquatics Centre and the Orbit, which is being as giant tarmac covered forecourt for handling crowds during the Games.

The post-Games development of the site will see it transformed into a landscaped public space.

The “rooms” will be enclosed by “ribbons of meadow” and offer a thematic mixture of ‘pleasure garden’ amenities ranging from performance spaces to play areas.

A large lawn and grassy embankment will also be created on either side of the Orbit and a central gateway event plaza half the size of Trafalgar Square will include an interactive water jet fountain known as the ‘Water Labyrinth’.

Designer James Corner said South Park has been conceived as a “series of active green and public spaces that will “sustain activity on the site up to a beyond the 10-15 years during which further housing and amenities are developed around it”.

Mark Camley LLDC director of park operations and former Royal Parks Agency chief executive, said the park would feel very different to London’s royal parks and predicted that success would depend on it being “owned and adopted” by the local east London community.

LLDC anticipates 9m visitors a year when the new park is scheduled to open at Easter 2014.

The announcement of the South Park plans came as the LLDC said further plans for a community hub in the north of the Olympic Park post-Games had received planning approval.

The plans, which were approved last night by the ODA Planning Committee , have been designed by Erect Architecture, which won a competition to design the scheme.

The LLDC said the community building and play space will become a centre for visitors and themed on the local ecology.

They will be centred around a hub building with a café, reception area, offices, toilets and a flexible space that can be used by schools and community groups. It will be timber clad to fit in with the natural environment with solar panels added to its roof for green energy.

The London Marathon Charitable Trust will be contributing to the cost of the play area.