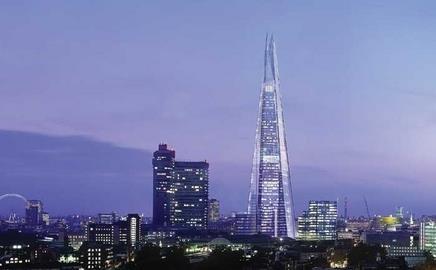 Pre-tax profit was up 70% from £4.7m in 2008 to £8m, which the firm attributed to greater cost efficiencies. In line with anecdotal evidence from other specialist contractors, however, the gross profit margin was down slightly from 12.5% to 12.2%, owing to the more competitive environment.

The firm’s Olympic work includes the car park for the media centre, on which Byrne is handling earthworks and piling, frame construction and the installation of internal finishes and cladding.

Patsy Byrne, the firm’s chief executive, said contracts on the Olympic park had boosted Byrne’s performance and that the £50m package it won in March on the Shard at London Bridge would see it through the downturn.

“We’ve already secured turnover in excess of £100m for the current financial year, albeit at a lower gross profit margin. Projects like the Shard and work at the Olympic park are providing secured work over the next 18 months.” He declined to reveal the value of the Olympics work.

Byrne added, however, that turnover and profit would not necessarily increase in the year ahead, as the firm was still vulnerable to the “contracting economy”. He said: “We are alive to the prospect of a downturn in workload and to the resulting reduction in cash flow and profitability.”

He said the business would cope by cutting costs. “The focus for the next 12 months must be cost and value, while ensuring we maintain high health and safety standards. This means we need to work hard on areas such as removal of waste from existing processes and driving efficiency into every area of our business.”

The UK’s most powerful pump

Byrne has bought what it says is the UK’s most powerful concrete pump, which will be used for the first time on the Shard (pictured). Measuring 8m long and 3m high, it can pump more than 90m3 of concrete per hour.

It also recently introduced an off-site product that cuts build time by manufacturing elements like floor plates and concrete columns off site. It recently saved two months constructing a concrete frame for one job.