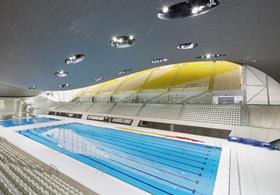 An explosion of “pent-up demand” among 2012 Olympics firms has seen more than 750 initiate an application for a licence to promote their work in the first 10 days of the scheme’s operation.

The licence, which was announced by the government last week, allows firms to bypass the long-standing marketing gag on London Olympics suppliers who were not event sponsors.

The British Olympic Association (BOA) - which is administering the scheme - said on Wednesday that so far 48 licences have been approved, while in total 752 firms have started the process.

Lifting the marketing gag – which prevented those involved in the construction of the 2012 Olympics from fully promoting their work – was a key part of Building’s 2012 campaign throughout last year.

New London Architecture chairman Peter Murray - one of the leading figures to lobby against the so-called No Marketing Rights Protocol – said the surge of interest in the licensing scheme showed “how frustrated people have been […] at not being able to publicise their work.”

He added: “Hopefully it’s not too late for them once they get out into the international market. [The take-up] shows a lot of pent up demand for this.”

Populous said it was applying “just to make sure we don’t encounter any problems”.

But industry experts told Building it was SMEs that stood to benefit most from the new licensing scheme.

Julie Osbon of specialist M&E firm L Harvey and Son, which provided electrical services on the handball arena, said the firm’s licence application had already been processed and approved by the BOA.

She said: “Up to now, we didn’t think we’d ever be able to promote our involvement. It was a privilege to be involvedin the Olympics and we’re hoping the licence will help us promote ourselves.”