Over half of firms expect more disputes after covid, Gleeds warns

More than half of construction firms are expecting a greater number of contractual disputes after covid because of the impact of lockdown restrictions, according to Gleeds.

Some 54% of respondents to the consultants’ spring market report said that they thought disputes would increase, with just 10% expecting them to stay the same.

Changes to timelines for project completion was seen by 80% of respondents as the most likely cause of disputes, with 11% blaming changes in specification and 9% blaming payment terms. 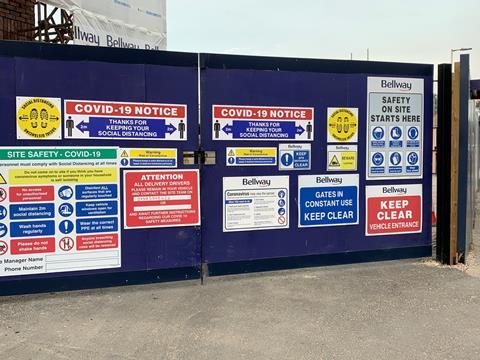 Last month, Gleeds launched a new dispute advisory business to handle the anticipated rise in contractual issues, with the new international dispute advisory group made up of a collection of specialists, including arbitrators, mediators, adjudicators, and expert witnesses.

But despite signs of trouble ahead, the report also found a surge of optimism among contractors over the past three months in the wake of the successful vaccine rollout.

Over 70% of contractors are expecting tender opportunities to increase over the next quarter, according to data collected at the end of March and the beginning of April.

It marks a dramatic shift in outlook from the winter, when just 23% expected tenders to increase in the first quarter of 2021.

And two thirds, 63%, of contractors reported an increase in tender opportunities over the past three months of this year.

But the Gleeds report also found that the increased demand was causing material shortages, with 80% of contractors reporting they had experienced supply issues this year.

Nearly 90% of respondents said the combination of increased business confidence and pressures on materials would increase tender prices this year, with some expressing concerns about the risk of an overheating market.

Steel, plastic and timber are the main materials facing delays and price rises, according to the findings, with respondents blaming covid operating restrictions, delays caused by extra post-Brexit admin and shortages in shipping containers driving up shipping prices.

Some also said increased priority given to NHS projects was contributing to the shortages, while others said a shift to renewable energy and electrical vehicles was boosting demand for materials such as copper and aluminium.

The data on materials comes following a string of warnings from the Construction Leadership Council, Construction Products Association, Federation of Master Builders, Turner and Townsend and Core Five about the issue.