Firm had been carrying out project and cost management role

Parliament is looking for a replacement for WSP to manage work on the upgrade of buildings set to contain MPs’ offices in Westminster known as the Northern Estate Programme.

The corporate officers of both houses of parliament are looking to set up a £95m deal with a firm to carry out programme, project and cost management work on the scheme.

WSP, which declined to comment, had been carrying out the work but a parliament spokesperson said: “The current contract is coming to an end. We cannot confirm who the future provider will be until the procurement process is completed.”

Parliament is expecting to publish its contract notice for the job on 11 October.

The Northern Estate consists of a range of Grade I, II and II* listed buildings, several of which require refurbishment due to a range of factors.

These include "the age and fragility of the buildings, the inadequacy of mechanical and electrical services, poor environmental performance and fire safety improvement requirements,” according to the Prior Information Notice.

Lendlease has been appointed to carry out work on the former health department headquarters, Richmond House, to turn it into a debating chamber and associated offices. This is also part of the Northern Estate Programme. 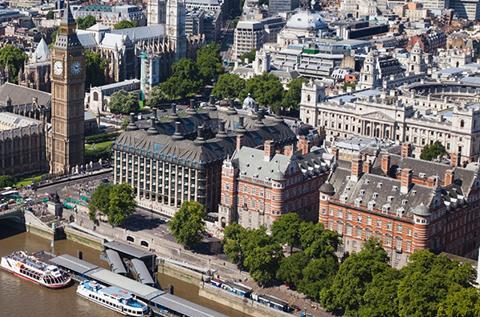