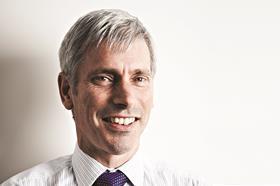 He departed Laing O’Rourke earlier this year after just two years and four months at the firm where he was responsible for its European and Middle East activities.

Prior to joining Laing O’Rourke Sheffield was at fellow contractor Kier for 31 years, serving the last four as its chief executive.

At the time of his departure from Laing O’Rourke the firm’s founder Ray O’Rourke said: “Paul and I feel that now is an appropriate time for him to step off and make way for others currently in the business with longer horizons.”

“Due to his longstanding career with large British construction companies, Mr Sheffield has extensive experience and expertise with regards to the construction industry in the UK which is BAM’s second largest home market,” Royal Bam said in a statement.