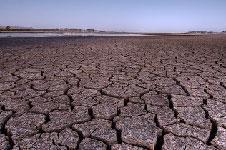 Repairs and maintenance specialist Interserve said it was having to increase its level of debt because of “lengthening payment cycles” for its work in the Middle East.

In an interim management statement, the firm said it was on course to hit turnover and profit forecasts despite a “weak” private sector market and project delays in Dubai.

Interserve said its Middle Eastern operations were continuing to win work, and future workloads remained stable, “albeit there is some evidence of project delays, particularly in Dubai”.

However, the firm said it might have to increase its debt provision because of the time being taken to get paid for work in the region. It said: “Payment cycles have lengthened across the region since the year end and as indicated previously we continue to review closely and, where appropriate, increase our level of debt provisioning.”

Interserve said it was continuing to actively pursue work in the PFI market, and had won a number of key contracts in the past three months, including being named preferred bidder for the £500m Derbyshire waste contract and a place on the £600m Frameworks Scotland healthcare programme.