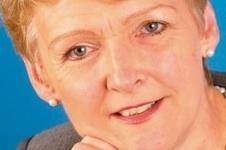 Liz Peace, the chief executive of the British Property Federation, has been appointed a Cabe commissioner, along with architect Richard Cass.

The appointment comes as Paul Morrell, the former senior partner in Davis Langdon, announced that he was stepping down from his role as deputy chair of the design watchdog. Alan Barber, who has served four years as a commissioner, will also be leaving his post.

In her role as chief executive of the British Property Federation, Peace helped to raise the profile of the UK property industry with the government and other key stakeholders.

Cass' practice, Cass Associates, has worked on projects such as the Liverpool International Garden Festival and was the development of Buckshaw Village in Lancashire.

Richard Simmons, the chief executive of Cabe, said: “Liz and Richard bring with them a vast range of experience, and impressive records in their fields. Cabe has benefited enormously from the invaluable contributions from Paul Morrell and Alan Barber and we are extremely grateful to them.”