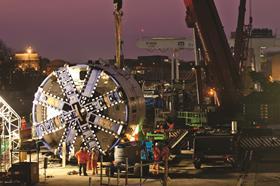 A number of the UK’s largest pension funds have signed up to a new platform designed to channel investment into infrastructure.

The National Association of Pension Funds (NAPF) announced today that it had achieved the “critical mass” of investors required to enable the Pensions Infrastructure Platform(PIP) to move to the next stage of development, after securing commitment from some of the UK’s largest pension funds.

The PIP was established by the NAPF and the Pension Protection Fund to help make good on chancellor George Osborne’s November 2011 pledge to attract up to £20bn in institutional investment into infrastructure projects. It is expected to raise up to £2bn in an initial fundraising drive, which could be leveraged to up to £4bn, with the investment focused on major UK infrastructure projects.

The NAPF said that with these investors on board work would now start on the detailed development of the PIP, with a manager to be selected to run the platform.

Investment criteria, asset preferences and fee structures would also need to be agreed, and FSA authorisation, if needed, would be sought, the NAPF said.

“Subject to these stages being completed satisfactorily, the Founding Investors will provide investment capital,” the NAPF said, with the PIP expected to launch “in the first half of 2013”.

The NAPF said the PIP was expected to invest in core infrastructure and in projects “free of construction risk and on an availability basis so as to avoid excessive GDP risk”.

It said it would feature low leverage - no more than 50% per project and across the PIP as a whole - with investments inflation-linked, with the fund is seeking long-term cash returns of RPI +2 to 5%.

Joanne Segars, NAPF chief executive, said. “This is excellent progress and marks an important milestone in the PIP’s development. There is a lot of work still to do, but we are confident of making further progress and launching next year.

“This investment vehicle is unique. It has been designed by the pensions industry with the pension industry’s needs squarely in mind, and it will be aligned with funds’ long term interests.”

Alan Rubenstein, PPF chief executive, said: “Since we started this project, we have found that people have been genuinely supportive of the idea that pension funds and infrastructure investment fit well together. Today’s announcement is a testament to the hard work the founding group have put in to make this platform a reality.

“We are looking forward to the day the PPF can contribute to the PIP as an investor, in the best interests of our members and levy payers.”

Chief secretary to the Treasury Danny Alexander said: “The NAPF and PPF have made excellent progress on delivering a unique vehicle for pension funds to invest in our infrastructure, and the uptake shows industry can see the compatibility between the two.

“Infrastructure networks form the backbone of a modern economy and are a key driver of growth, the PIP is another innovative scheme to unlock investment for major projects. I look forward to watching the scheme develop further in the next few months and congratulate the NAPF and PPF on the strong work they have done to complete this first stage in record time.”