But approvals up by over 40% on same period last year. 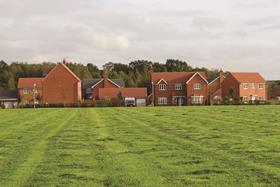 The number of new homes that received planning approval in the second quarter fell 10% compared to the first three months of the year, but are up by over 40% on the same period last year, the latest figures from the Home Builders Federation have shown.

The HBF’s latest housing pipeline report, revealed that around 40,600 residential units received planning approval during the second quarter this year, a 43% rise on the same period last year.

However, planning approvals for residential units fell 10% on the first quarter of 2013.

The figures meant there were 85,534 residential units granted permission in the first half of 2013, a 22% rise on the same period last year.

But the HBF cautioned that the number of permissions is still well short of the 220,000 per year needed to meet housing demand, which equates to 55,000 permissions per quarter.

The HBF added that the government’s Help to Buy scheme resulted in 12,500 reservations in its first five months.

Stewart Baseley, executive chairman of the HBF, said: “The overall trend in residential permissions is very positive. It reflects house builders’ increasing confidence in the market and also the positive principles of the new planning system.

“With Help to Buy forging ahead strongly and developers looking to increase output, we need to see the increase sustained.”

“However, at a time when developers are looking to build more much needed homes, we are increasingly concerned by the conditions attached to many of these permissions that prevent actual work starting on site.

“Local Authorities must ensure planning conditions are not overly onerous or unrealistic otherwise despite the success of Help to Buy, the much needed increase in housing supply will be held back.”

“Despite the increase in permissions granted, we are still well short of the 220,000 permissions required annually to meet housing need and all parties need to work closely together to ensure we see continuous and steady increases moving forward.”

“Building the homes we need could take millions off social housing waiting lists and enable beleaguered first time buyers to get a foot on the ladder. It could also create half a million new jobs, and give the country a massive and much-needed economic boost.”