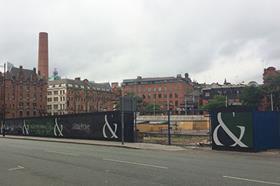 A £100m hotel and flat scheme in Manchester has been given the go-ahead by the city’s council.

Urban and Civic originally purchased the one-acre site with an existing planning consent in December 2014 for £7.8m, with a previous scheme on the site abandoned in 2008.

Nigel Hugill, executive chairman of Urban and Civic, said the firm was a long term investor in Manchester. “The city is continuing to grow economically and culturally and we are determined to make our own contribution to that process.”

Work on the initial phase of residential buildings is expected to start by mid 2016, with the first residents moving in approximately 20 months later.