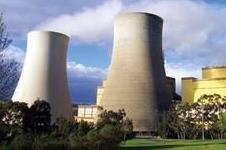 The first steps of the planning process to construct a coal fired power station using experimental carbon capture and storage technology will get under way today.

Ayshire Power wants to build the power plant on a site in Hunterston, West Kilbride, 30 miles from Glasgow.

According to a report in today’s Times environmentalists are outraged by the scheme which, if it gets the go-ahead, will the first new fossil-fuel power station in Scotland since 1973.

If permission is given for the 1.6GW plant it will be the first in the UK to have an experimental carbon capture and storage facility. The company claims that this will capture 90% of carbon from the plant and reduce consumption by up to 25% and could meet the energy demands of 3 million homes.

The scheme is seen as a test of the Scottish government’s energy policy, which is anti-nuclear and pro- renewables. However, critics say it ignores the realities of future demand for power.