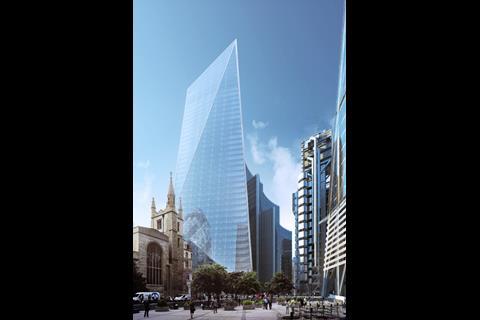 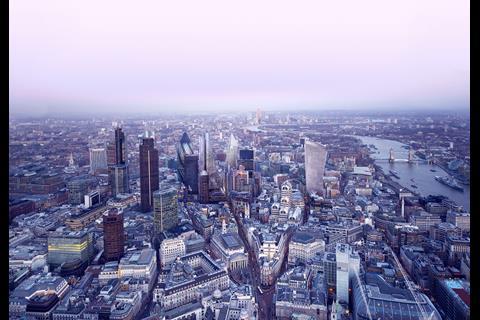 US Insurance firm WR Berkley has submitted a planning application for a new Kohn Pedersen Fox-designed 35-storey tower in the City of London that will serve as its European HQ.

The KPF-designed tower, on the site of 52-54 Lime Street in the City, is planned to be 190m tall, consisting of 35 floors of offices above ground and mezzanine levels with an additional two basement and two roof plant levels. Entrances to the building would be on Leadenhall Street and from a new public square.

WR Berkley said it would initially be occupy 25% of the building, with other occupiers already expressing an interest in the building.

Public space created by the development will include a square of approximately 11,000 sq ft which will complement the existing precinct around the Willis Building.

The space will include public seating and planting as well as potential space for public art and tables linked to a specialist ground floor coffee shop, echoing the 17th century origins of the specialist insurance markets at Lloyds Coffee House.

KPF’s work is being led by Bill Pedersen.

William Berkley, founder and chairman of WR Berkley said: “The proposed development of 52-54 Lime Street is an integral component of our international growth strategy. With the continuing expansion of our operations here, it makes sense to invest in a landmark building which will provide a strong base for that growth.