Plans in for 500 riverside flats in Manchester 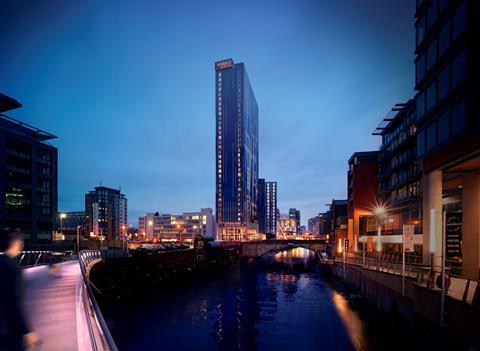 Plans have been submitted for over 500 riverside flats in Manchester city centre next to a famous hotel.

Joint venture developers Bruntwood and Select Property Group are looking to build two ‘build-to-rent’ apartment blocks on the banks of the River Irwell next to the Lowry Hotel, where football team Manchester United stay before home matches.

The scheme will comprise one 33-storey tower housing 318 apartments, and another 18-storey building with 188 apartments.

Subject to planning, enabling works will commence on site in October 2016.

Level 33 of the taller building will feature a roof garden, media room and private entertainment space with views over the city.

Plans for both towers include large social lounge areas and private dining rooms, as well as co-working spaces and a gym.

The project is the second joint venture between Bruntwood and Select after their Circle Square scheme on the former BBC site in Oxford Road.