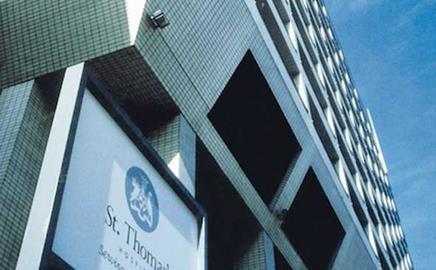 Sunand Prasad’s practice is set to be chosen to work on a radical refurbishment of Guy’s tower, part of Guy’s and St Thomas’ hospital in London, Building understands, Penoyre & Prasad will design the 34-storey tower’s revamp, which is understood to be worth at least £30m

The aim of the project is to make the seventies building, designed by Watkins Gray, more energy efficient and to repair defective concrete.

The makeover of the London Bridge tower is also intended to complement Renzo Piano’s Shard, being built on the adjacent site.

The extent of the refurbishment is under discussion. Plans range from replacing the crumbling concrete on the services tower, which houses lifts, to enclosing the main accommodation tower in a structure called the “wafer”. This is designed to be higher than the main towers and would be a slim, rectangular form.

The project is being funded by Guy’s & St Thomas’ NHS Trust and is likely to start on site next year. Penoyre & Prasad’s win follows a six-month feasibility study it began with Arup in 2008.

The building was one of the most innovative hospital designs of its time and is still the tallest hospital in the world.

Guy’s Hospital said no formal decision on an architect had been made. It said: “We’re at the design stage at the moment but we hope to have it completed by 2012/13.”