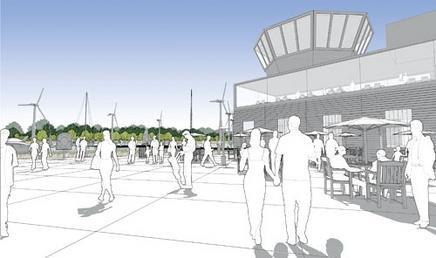 Another eco-town may fall by the wayside as plans for a prison on part of the site look set to be approved.

The Coltishall Group, the developer behind the proposed eco-town on the former RAF Coltishall airbase in Norfolk, has vowed to pull its scheme if the Ministry of Justice’s plan is given the go-ahead.

The ministry owns the 750-acre site and its plan to convert the former accommodation blocks into a category C prison will go before North Norfolk council’s planning committee next Thursday. Officials have recommended that it be approved.

The Coltishall Group, one of 15 developers shortlisted by the communities department in April to take forward plans for 10 eco-towns, has offered the ministry £40m for the land.

However, Richard Davies, the group’s director, said the department was refusing to negotiate over a sale until it received planning permission. He said: “I have no intention of putting my eco-town next to a prison. I’d rather not build it. I will pull out if it goes ahead.”

He added that the ministry was planning to uproot a row of protected trees, planted in memory of pilots who died in the Second World War. “It’s a disgrace. These should be protected for heritage. They want to give people who commit crimes the privilege of living there. Well, no sir. I don’t think it’s correct and right and proper.”

He added that he didn’t think his funders would be happy to invest in a scheme beside a prison.

The ministry is pressing ahead with its plans despite prime minister Gordon Brown’s backing for the eco-towns.

The news comes as the owner of part of another eco-town site announced that it was withdrawing. The Wellcome Trust, which owns a third of the Hanley Grange site near Cambridge, said it had decided not to support the plan. Jarrow Investments, the Tesco-backed developer, said it was too early to say if that meant the end of the plan.

If Hanley Grange and Coltishall withdraw it will bring the list of remaining bids down to nine.

Parkridge refused to comment on whether it was reviewing its Weston Otmoor eco-town.