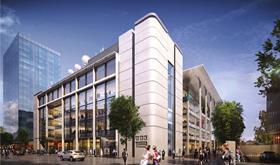 Consultant Capita’s property and infrastructure business has nearly doubled its profit in the first half of the year to £10.6m.

In a statement to the City this morning, Capita said its property and infrastructure business had posted an underlying pre-tax profit of £10.1m in the six months to 30 June 2014, up 46% from £6.9m over the same period in 2013.

The underlying profit figures did not include finance costs, amortisation or aquisition costs which were spread across the group.

Capita’s professional services business also performed well reporting an underlying pre-tax profit of £63m in the first half of 2014, up from £60m over the same period last year.

Professional services revenue also rose to £335m - up from £313m over the same period last year.

Andy Parker, chief executive of Capita, said the results “demonstrated the strength of Capita’s sales offering and operational delivery and the health of the UK customer and business process management market”.

He added: “We have had an excellent sales period securing £1.3bn of contracts and we are continuing to see a high level of activity across our markets, particularly in the private sector, providing a strong future platform for growth.”