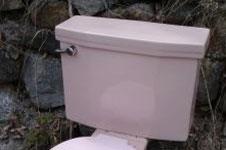 New research shows that there is strong public support for community-based green utilities, such as community heating systems and vacuum waste disposal.

The study of over 1,000 people, which was carried out by the Icaro Consulting and published by the UK Green Building Council and Zero Carbon Hub, shows that 71% are in favour of district heating systems, 90% were in favour of community water systems which use filtered rainwater for flushing toilets, and 68% responded positively to community waste and recycling schemes, whereby waste is collected via a network of vacuum pipes.

An even higher proportion, 87%, were positive about using waste as a resource to produce energy, which contradicts widely held opinion by planners and developers that the public are against such schemes.

Paul King, chief executive of the UK Green Building Council, said: “This research puts a nail in the coffin of the perception that consumers won’t like community scale green schemes, such as district heating and waste-to-energy plants. There are significant environmental and financial benefits to providing such integrated infrastructure at a community scale, reducing both carbon emissions and energy bills.”

Respondents did have a range of practical questions and ‘conditions attached’ to the study. These largely concern practical issues such as ‘back up’ measures in the event of system failures, and a demand for safeguards against ‘free-riders’ in the community using the resources at their expense.

The research was funded by the NHBC foundation and is part of an ongoing study to assess the key barriers to the delivery of sustainable district infrastructure, the recommendations of which will be published in January next year.