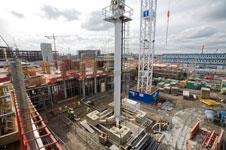 Funding for the 2012 athletes village will come entirely from the public purse after the government rejected a £375m private sector deal with Lend Lease.

The Department for Culture, Media and Sport said on Wednesday it would invest a further £324m from contingency and cash savings, which it expected to recoup in full when the flats are sold after the games.

Lend Lease and its banking consortium had been offering £150m in equity and £225m of bank debt to finance part of the construction and development costs but the deal was rejected due to the risks associated with a private funding package.

Tessa Jowell, the Olympics minister, said: “A private sector deal was available, but because of the credit crunch it was not a good deal. By funding the entire project the village will become publicly owned and the public purse will receive substantial returns from sales.”

She added that the Olympic Delivery Authority could look for other sources of private investment in the project in the medium to long term.

Lend Lease will continue as construction and development manager of the village, under an existing agreement, signed in August last year.

Dan Labbad, chief executive officer at Lend Lease Europe, said: “Lend Lease submitted a highly competitive bid which offered to invest equity of £150m in the project but the government and the ODA have decided that the overall risk return criteria for this type of project in the current market environment is not conducive to private funding.”

He added: "Our focus continues to be on successfully delivering a world-class development of high architectural and design quality, both as a home for athletes in 2012 and as an iconic sustainable community beyond."