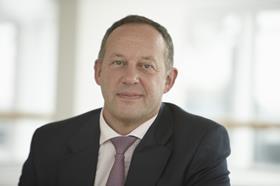 Mace executive chairman Stephen Pycroft is one of the latest big construction industry names to join Building’s editorial advisory board.