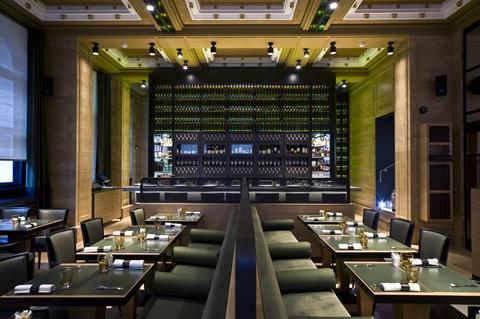 Building and refurbishment specialist Conamar has completed the transformation of a London branch of Coutts bank - known as the Queen’s bank - into a restaurant for the team behind the two-Michelin starred Le Tailevent in Paris.

Les 110 de Taillevent London is the second opening of the company’s brassiere concept offering 110 wines by the glass, following its Paris launch in 2012. Both are inspired by their sister restaurant, the original, two-Michelin starred Le Taillevent.

The new Bloc Architecture-designed restaurant is located in the Grade II-listed former Coutts bank on the north side of Cavendish Square. Its 66-cover dining area includes a 22-cover private room and 7-cover bar located on the building’s ground floor, with kitchen and back of house areas at basement level below.

The fit-out was completed to a 28 week programme.