Quintain pushes ahead with Greenwich Peninsula 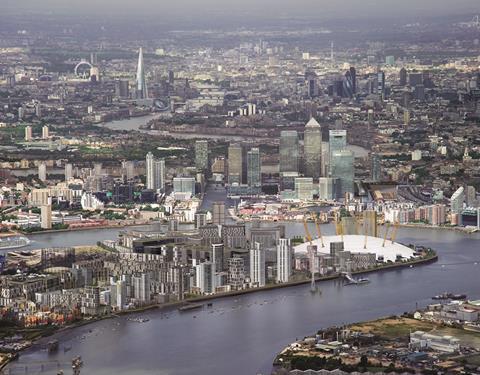 Developer Quintain has submitted a detailed planning application for the first homes in its 10,000-home plan for the transformation of Greenwich Peninsula in east London.

Quintain said it has submitted plans for the first three plots, comprising 506 homes, and expects a decision in February.

The developer said it has progressed plans for delivery of the first third of the overall development – or 2,870 homes – by signing an updated memorandum of understanding with the Greater London Authority.

Contractors are also bidding to build a £65m hotel for entertainment giant AEG adjacent to the O2 Arena on the peninsula.

Quintain also announced its half-year results to 30 September 2012 and a pre-tax loss of £29.1m, compared to a pre-tax profit of £3.7m for the same period the previous year.

At Wembley the developer said it was on track to complete the London Designer Outlet shopping centre next autumn.

The opening will mark the completion of the 1.8 million sq ft first phase of development on the 8.5 million sq ft Wembley scheme.

The developer said it was making progress changing its focus to become a “leading London development and investment specialist”.