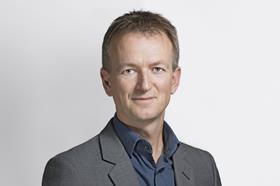 Ramboll has hired a clutch of new staff as it continues to expand its team on the back of growth in the UK.

Chris Fry, former managing director of environment, planning and sustainability at consultancy Temple Group, (pictured left) has joined the engineer as its new director for infrastructure and regeneration within its environment & health division.

He is joined at the division by Aecom’s former UK transactions practice leader Nick Howard, who has left the consultant after nearly 18 years to become joint lead of Ramboll’s compliance, strategy and transaction practice within the UK.

Selvey spent sixteen years at WSP where he held a variety of positions within the firm’s Birmingham office before being made director responsible for quality and technical aspects of building services design in January 2016, working in the retail, leisure and entertainment sectors.

In addition, Jon Harding has left his role as client account director for Highways England at CH2M to join Ramboll as its new highways market director.

He spent over eight years at CH2M where worked on the firm’s Highways England account and was a programme delivery manager. Prior to joining CH2M in 2009 he spent 10 years at Atkins.