Recruitment activity in the construction and property sector has stepped up significantly over the past three months but is still some way off summer 2019 levels, according to new research.

A survey conducted by recruitment specialist Hays found 46% of respondents in the construction and property sector were hunting for new staff, considerably up on the 25% figure reported in the previous quarter. 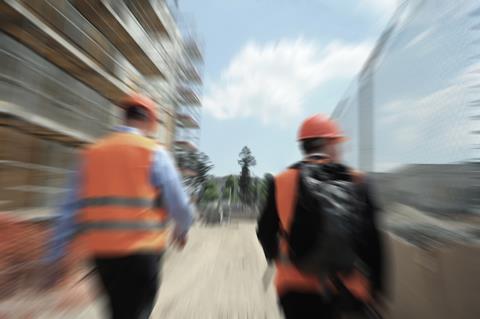 But the figure is still down on the 76% of firms in the sector who said they were actively hiring new staff in July last year.

The findings, which came from more than 1,400 professionals and employers in the construction and property sector surveyed between 8 and 21 July, found just under one-quarter of respondents were planning to recruit graduates, trainees or apprentices over the next six months.

One in 10 respondents said they had been planning to recruit from that talent pool but had shelved the move because of the impact of covid-19.

According to Hays, 36% of survey respondents from the construction and property sector said they would review their plans to recruit graduates, trainees or apprentices later this year. A further 60% said they had furloughed some staff as a result of the pandemic.

“However, almost half of construction employers have said they are currently recruiting, which is a really positive indicator of renewed confidence in the industry,” she said.

“On the whole, construction firms have handled the immediate impacts of lockdown restrictions and are now looking to get things moving again. Investing to ensure they have the right people in place is a vital element of their strategy, alongside proceeding with projects which had to be put on hold.

“We’re seeing a specific uptake in hiring of maintenance engineers and maintenance surveyors, as well as increased activity in trades and labour and civil infrastructure, which is positive.

“While employers might be met with further challenges on the horizon, it’s encouraging to see growing confidence in the sector and more opportunities emerging for professionals across different parts of the industry.”

The survey also looked at how changes forced by covid-19 had altered respondents’ work practices, their productivity and their work-life balance.

And 27% said they felt it was now more important that they were close to the workplace; 18% said it was less important.

Hays also quizzed respondents about the long-term workplace changes they anticipated would result from the pandemic.